In March 2013, I took detailed measurements of CP M-636 #4723, on static display in Farnham, QC. At the time the unit was heavily deteriorated and vandalized, though still sufficiently intact for measuring; it was scrapped in 2017. The drawings below list all of the measurements I took, with a few minor corrections (+/- 0.25") so some of the totals add up. The measurements I took (listed in black) correlated exactly with nominal dimensions (listed in red).

Photos taken during measurement are here. 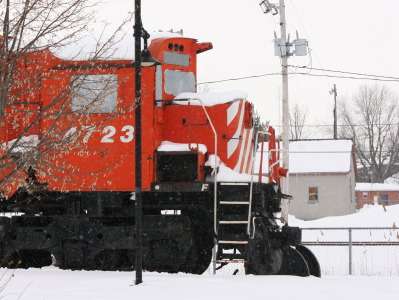